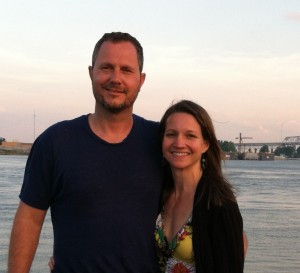 Kevin has been in the lighting business for over 20 years. He began as an account manager at S&W Lighting in Winston-Salem, NC. In 2001, he saw a need for a different kind of lighting company. He came up with a business model and became partners with his employer.

The need that Kevin wanted to address was for a lighting distributorship that serviced builders through pre-planned packages and arrangements. The original business was named Builder’s Lighting Company. This business model served well until the housing market crash in 2007.

In 2009, Kevin bought his partner’s share of Builders Lighting and got creative. He realized he needed to change his business model and began calling all builders, big and small as well as designers and remodeling contractors. He began to completely restructure the business. He cut costs down to the bare minimum and got his wife, Mackenzie to take over the book keeping.
After several slow years, building began to improve. Kevin started to see some payoff for the hours he had spent making calls trying to stimulate business. Housing started to rebound, gradually at first and then seemed to pick up steam by the beginning of 2011.

In January of 2012, Kevin changed the name of the business and incorporated. He also made Mackenzie his legal business partner. Kevin now has several employees and Mackenzie is getting more involved with developing advertising, working with designers and continued behind the scenes work. They now feel very hopeful and proud of the business.